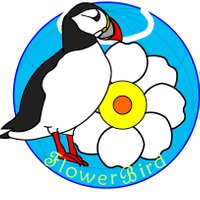 You can buy pattern in my pattern store at 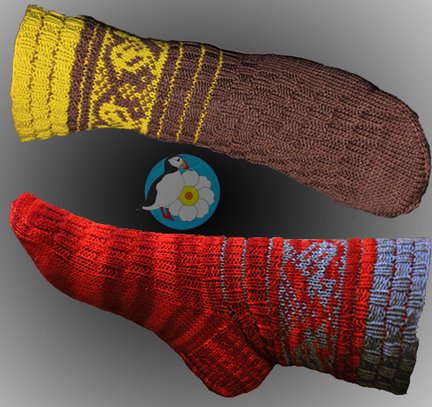 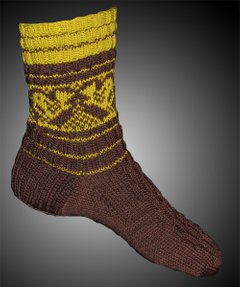 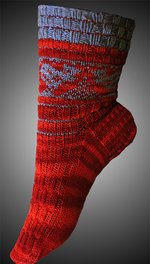 It is always smart to knit a swatch to see if you are satisfied with knitting tension and stitch definition.

The size of the socks can be varied by using thicker or thinner yarn and/or changing the needle size.

Please note that by using another yarn, the requirements may be different than that stated.

This pattern has been tested on ravelry.com. 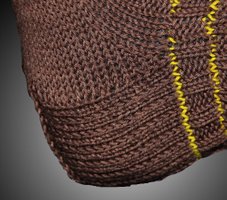 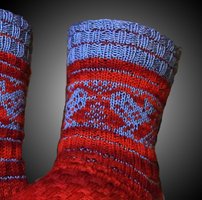 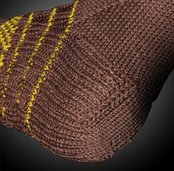 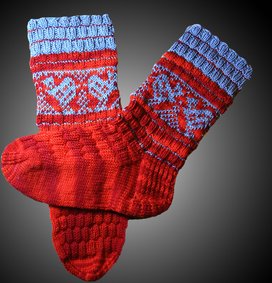 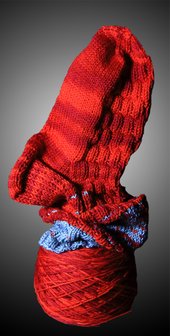 What is Cinclus cinclus?

It is about 18 cm and weighs 60gr, wing span is 26-30 cm. It is dark brown with a white field on the neck and chest, young birds is the grey. Short wings and short upright tail. It is not a difference between male and female. It builds nests of moss that clothes inside with leaves and straw. In april-June -> 4-5 eggs that hatch after 14-18 days.

It stays always near running water, and can dive and swim short lengths under water.  It eats wath it can find in the water

We (my husband and me) have unfortunately not succeeded with pictures of it yet, but we've located it and doesn't give up before we have good photos of it. It's just to find a nice place, have enough battery and storage space, and a good dose of patience then we'll certainly perpetuated our own pictures of the Cinclus Cinclus.